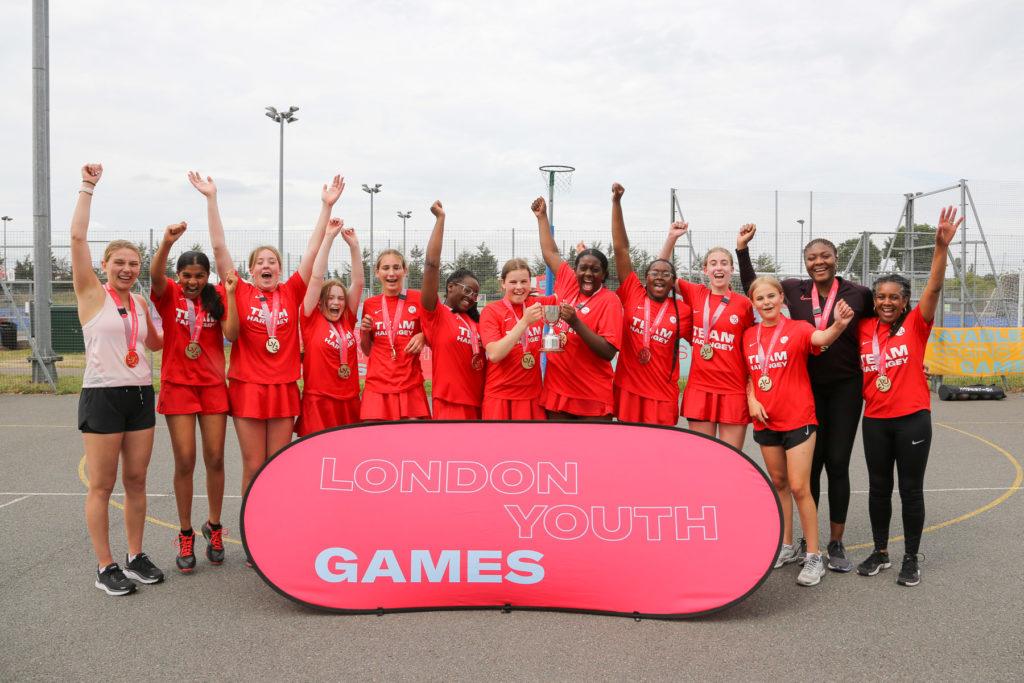 With 40 days until Birmingham 2022 Commonwealth Games, 1,500 children came together at the London Youth Games to compete in 8 sports at Redbridge Sports & Leisure from 16-19 June.

54% of children would like to do more exercise or sport than they are currently doing, according to new research from Youth Sport Trust. London Youth Games multi sport hubs gives 7-17 year old Londoners the chance to represent their borough and enhance their lives through the power of sport.

Geoff Thompson MBE, current Deputy Chair of Birmingham 2022 and new London Youth Games Chair said: “To have Birmingham 2022 Commonwealth Games in less than 40 days – the opportunity to bring together the first post Covid multi sport event since 2012 – is a very exciting prospect. I believe that 10 years on from London 2012, there needs to be a legacy opportunity for all.

The part of the Commonwealth Games legacy plan pledge that I’m particularly interested in is the one to improve the sport and physical activity life chances of young people, particularly from disadvantaged and historically deprived backgrounds. That has to start with developing the London Youth Games for London’s young people. That excites me.”

For the young people involved, sport means more than just being active. It means new friendships, pride and feeling part of something. Josie Hesketh from Haringey netball team said: “Netball really helps me move forward in life. We have a community within the team and it’s really nice to be with your friends every day. I feel very privileged to represent my borough.”

Commonwealth Games and England netball players, Kira Rothwell and Halimat Adio, presented the netball medals at the event. Kira Rothwell has her own personal story from London Youth Games.

Rothwell said: “My netball journey actually started at the London Youth Games. I was scouted when I was playing here by a regional coach and she invited me to play at regional level. From there I then got picked up by England. The London Youth Games are so important. It’s so exciting to see the next generation coming through.”

The events are part of the ‘Open Games’, which young people who either live or go to school in a London borough can compete in. The ‘Open Games’ is in partnership with our 33 London local authority members and London Youth Games are proudly supported by Nike.