History of the London Youth Games

Your borough. Your sport. Your passion. 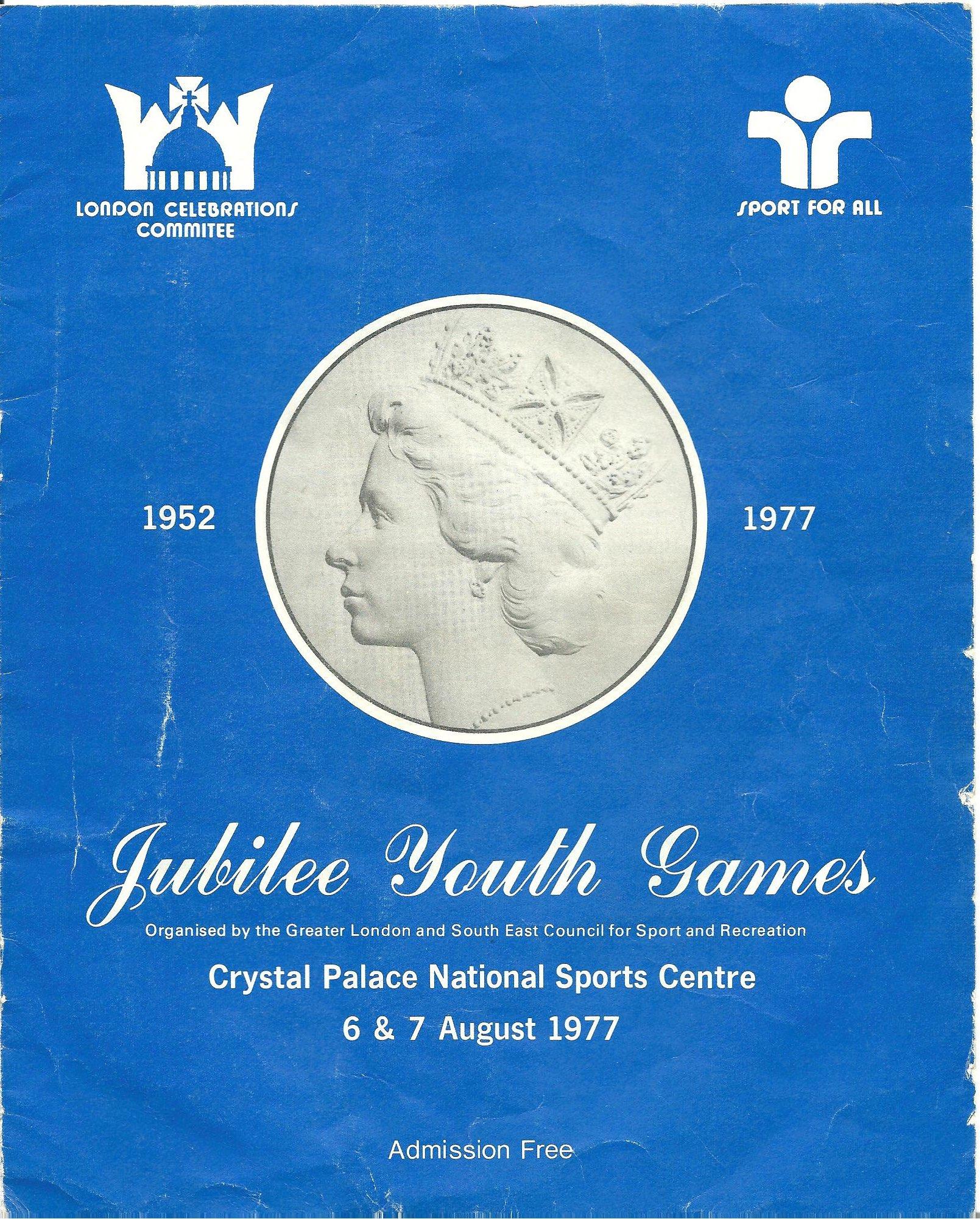 Hill, a famed figure from football and broadcasting, was given responsibility for sporting activities and he turned to the Sports Council, whom he was also a member and the task landed on the desk of Head of Sports Development for London and South East, Roger Bottomley. After several meetings with colleagues, Bottomley came up with two ambitious proposals designed to inspire participation and involve youth in 1977. The first was a Jubilee Sport For All event at Hyde Park, including 20 or more competitive sports including elite events in rowing, canoeing, cycling and show jumping and active public participation.

The second was London Jubilee Games, a youth multi-sport inter-borough competition involving all of London’s boroughs – the blueprint for the event that survives to this day. Bottomley successfully persuaded the London Boroughs and Governing Bodies of Sport to support the event and the LCC to provide financial support. Each sport and borough agreed that the Games would support Sports Development programmes and there were a series of local preliminary and selection events held in the lead up the finals.

There was a strong emphasis on the finals being as big as possible and the Crystal Palace National Sports Centre was chosen as the site. It was the first time the facilities at the stadium, the centre and the surrounding park had been used for a large-scale multi-sport event. The event took place on Saturday 6 and Sunday 7 August and the inaugural sports were athletics, badminton, basketball, cycling, fencing, football, gymnastics, judo, karate, lawn tennis, netball, skiing, squash, swimming and diving, volleyball, and weightlifting. “It is hoped the London Jubilee Games will lay the foundations for similar activities in future years.” wrote Jimmy Hill in the event programme.

The weekend was a huge success with thousands taking part. At the closing ceremony in the stadium, the crowd were entertained by displays from Chinese Dragon Dance troupe before the London Borough of Havering were crowned overall winners and collected the Jubilee Trophy.

There was no original intention for London Jubilee Games to be an annual event. But with enthusiasm from the 1977 staging still widespread among leaders in London’s local governments and the London sport community, in 1978 it was decided to revive it as London Youth Games in 1979. The task was delegated to Anthony Allan CBE, then Chief Executive of London Borough of Hammersmith and Fulham Council. Allan consulted closely with Roger Bottomley, the driving force behind the first Games in 1977. They followed the same multi-sport inter-borough model and Crystal Palace National Sports Centre became established as the spiritual home of the event.

The event received full support by all London boroughs as a key component of sports development in each area of London. The sports continued to be delivered by NGBs and included traditional sports like athletics, football, swimming, but also equestrian, darts and skiing. Olympic swimming gold medallist Duncan Goodhew was a prominent supporter of the London Youth Games during this period.

The Sports Development department at London Borough of Hammersmith and Fulham were responsible for leading on delivery of the Games until the mid 1980s. In 1985, London Youth Games Ltd was is created to cater for the growth and complexity of the organisation dedicated to running the London Youth Games. Former Leader of London Borough of Hackney Council Anthony Kendall OBE began a 30 year association with the Games with two stints as Chair 1985-1990 and 2007-2014.

During this time, London Youth Games began to broaden its programme beyond finals weekend. In 1986, a water sports regatta was introduced as the Royal Albert and Victoria Docks. To celebrate its 10th anniversary, the 1987 London Youth Games featured in cycling’s Milk Race and the cross-country championships at Hampstead Heath were introduced to the Games programme.

In 1994, BAA Heathrow became the first title sponsor of the London Youth Games which were renamed ‘ The London Heathrow Youth Games ‘, the sponsorship lasted for over a decade and gave the event financial stability through to the new millennium. The Mini Games event for Londoners under the age of 11 was introduced, taking place on the Thursday before the Weekend Finals, providing a multi-sport opportunity for thousands of Primary Aged young people. The Indoor Cricket Cup was created in 1996 with the finals at Lord’s. A then-record 20,000 children took part in the 1998 London Youth Games. 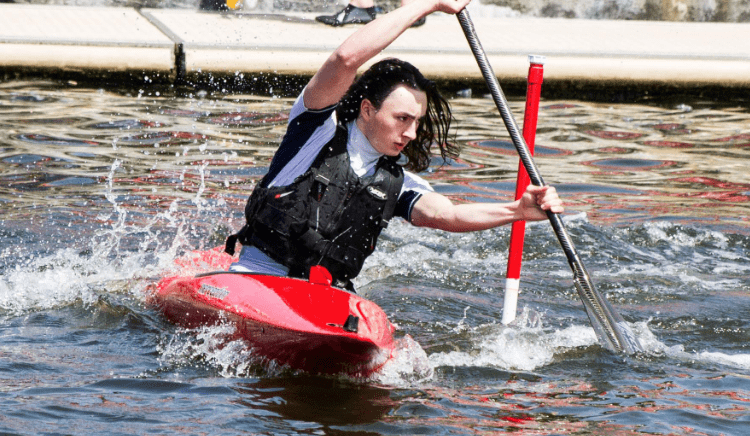 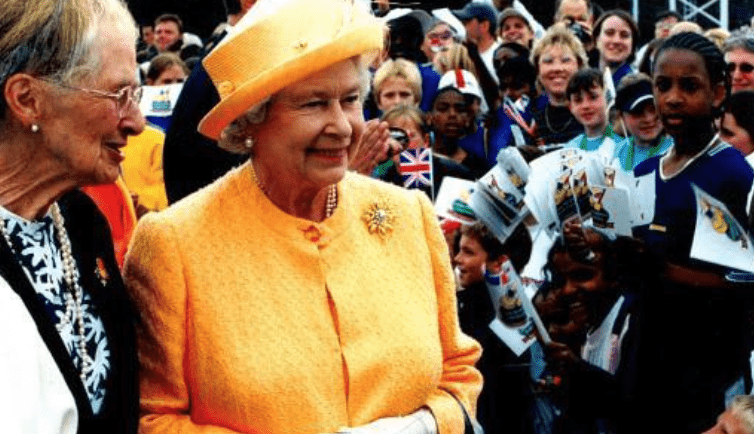 The Queen, accompanied by her husband Prince Philip, Duke of Edinburgh, visited the London Youth Games Mini Games at Crystal Palace on 4 July as part of her Golden Jubilee Tour in 2002. She watched a relay race and presented winners medals. Of her visit, Camden’s Borough Team Organiser John Mann said: “Despite the most stringent security measures, as the Queen walked into the main sports hall during the athletics competition she was engulfed by kids who completely overan the bodyguards and minders. They seemed absolutely horrified but she didn’t appear at all concerned and seemed to genuinely enjoy the occasion!”

In 2007, long-time Chair and pioneer of women’s cycling Eileen Gray CBE stepped down from the board after a 17-year association with London Youth Games. She was one of the first women to represent Great Britain in cycling in 1946 and was a driving force behind women’s cycling being introduced to the Olympic programme in 1984.

In 2010, the London Youth Games enjoyed its biggest year to date with a record 50,000 competitors and became the largest annual youth sports event in Europe. Olympic 400m runner Christine Ohuruogu was the 2010 London Youth Games patron and she was joined by the then London Mayor and future UK Prime Minister Boris Johnson to light the flame at the Opening Ceremony for Finals Weekend.  Zoe Smith, a Greenwich gymnast who only discovered her talent for weightlifting when asked to make up the team for the London Youth Games, won a bronze medal at the Commonwealth Games in Delhi just three months after representing her borough at the London Youth Games.

2011 was another record year for the London Youth Games, as over 71,000 youngsters compete across 30 sports, with Richmond taking home the Jubilee Trophy for the first time. England women’s footballer Rachel Yankey was the patron of that year’s Games. Also in 2011, London Youth Games successfully hosted a London School Games pilot event ahead of its official launch the following year.

With London 2012 fever gripping the country, London Youth Games introduced a whole new raft of schools competitions in line with the national School Games pathway and hosted the inaugural finals at Crystal Palace in March. Hounslow became the first ever winners of the Schools Shield. BMX was another new introduction to the London Youth Games. Games alumni Zoe Smith and David Weir were joint patrons for a record-breaking year at the London Youth Games that saw a record 104,463 take part. Croydon were crowned winners of the Jubilee Trophy for the first time in 18 years.

In 2017, London Youth Games celebrated its 40th anniversary with its #40stories40years campaign. Then in 2018, London Youth Games reached 1.5million all-time participants. In 2019, London Youth Games announced an exciting new partnership with Nike. On the announcement, David Carmont Vice President for Nike UK&IRE said, “We know that young Londoners have an unbeatable spirit and attitude that really sets the tone for this city. But we know that they now need sport in their life more than ever.” 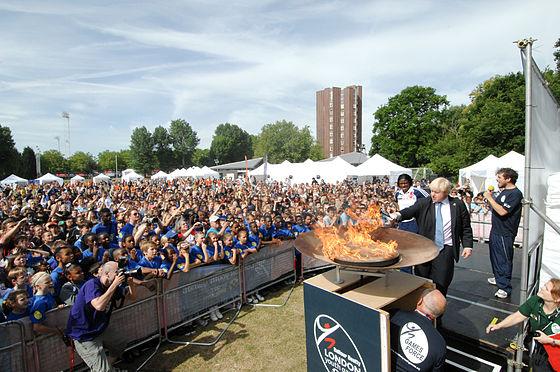 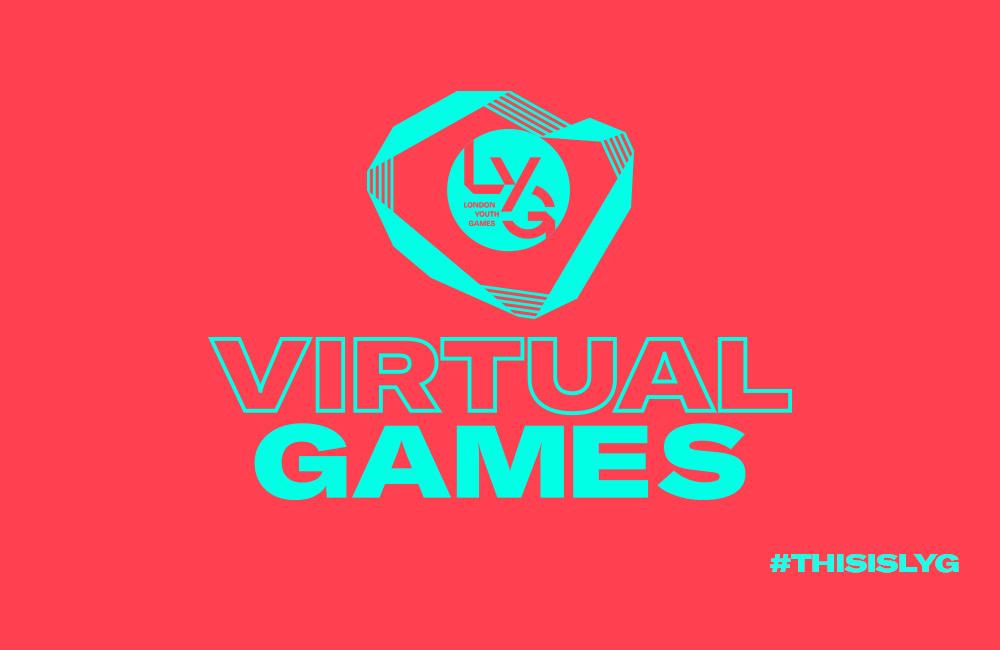