DRAMATIC SHOWDOWN ENDS IN VICTORY FOR NEWHAM U13 GIRLS 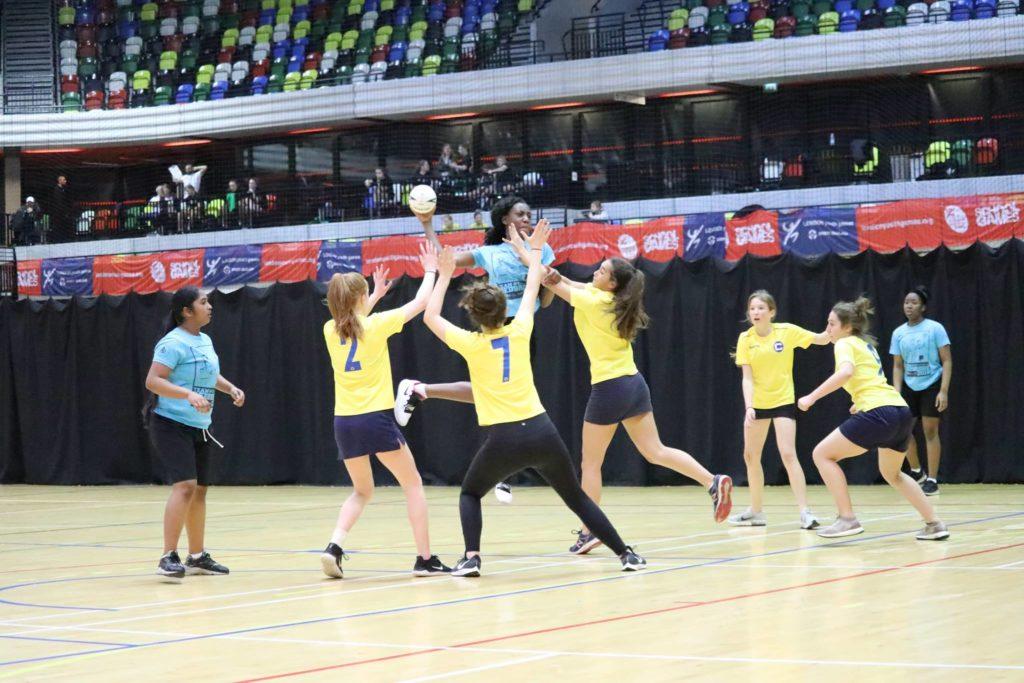 Another day of high-octane sporting action.

Three weeks on from the Mixed Dance competition, London Youth Games, part of the School Games, returned to the Copper Box for another day of high-octane sporting action.

The U13F Final between reigning champions Bower Park (Havering) and Langdon (Newham) provided one of the most exciting showdowns in recent London Youth Games history. The match went to two rounds of extra time and seemed certain to go to penalties until Langdon scored the winning goal in the last minute of play. Langdon will now go on to compete at the National Handball Championships later this year.

Newham held onto the title of U13M champion for a second year in a row. Last year’s winners, St Bonaventure’s went on to be crowned U13 National Schools champions at Worcester Arena. Will history repeat itself again when Kingsford Community School (this year’s team from Newham) head to Nationals?

Thanks to the Copper Box Arena for hosting us once more and thanks again to our volunteers, without whom we wouldn’t be able to run our competitions!