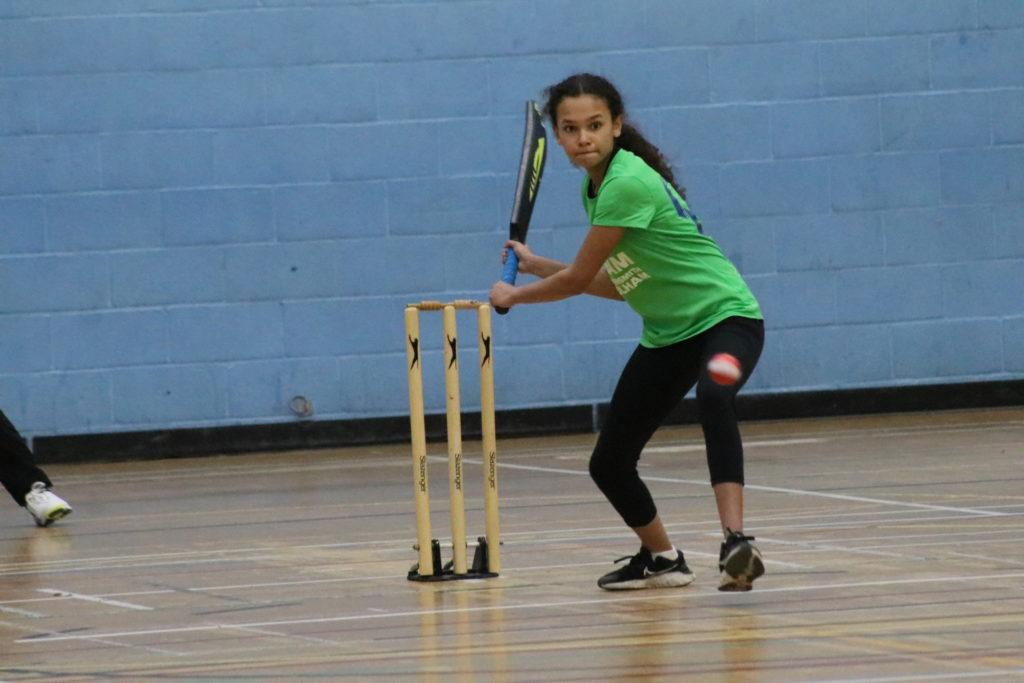 Promoting inclusivity is at the centre of London Youth Games’ cricket event at Harrow Leisure Centre. The event gives girls under 13 the chance to compete in cricket and took place in the lead up to International Women’s Day on 5th and 6th March.

One of the greatest barriers for young female girls to take part in sport is the fear of judgement. In fact, only 2.6% of girls play cricket in England, compared to 7% of boys in England, according to Sport England’s Active Lives Children and Young People Survey. The girls qualifiers event provides an inclusive environment, where girls won’t feel like they are judged for their background, their size or the colour of their skin.

It’s an exciting opportunity for young female cricketers as finalists got to progress to a finals event at the prestigious home of cricket: Lord’s Cricket Ground.

The 8 top teams in the girls cricket qualifiers competition to progress to the finals were: Ealing, Hammersmith and Fulham, Hillingdon, Haringey, Bromley, Redbridge, Havering and Hackney.

Kayla from Islington said: “I had never thought about playing cricket before the London Youth Games. Then my school asked me if I fancied giving cricket a go and I said yes. When we first started training to get to the cricket qualifiers, it took me a while to understand the rules, but as I played more, I started to understand them more. It feels good to be at this competition because it gets your spirits up and we get to work as a team together.”

Angela Green, Havering team manager said: ”We’ve got a couple of girls who are new and starting out in cricket. Last year they started training so this is their first experience of a competition. They’ve done a lot of training against boys and mixed teams, but I think it’s so important for them to play against other girls. This is their first time playing together they’re bonding as a new team and having so many young ladies participating is fantastic for their confidence.

Naomi from Redbridge said: “I always wanted to play in a cricket competition so it’s really exciting to be here today. You get to know your team a lot more and during the match there’s lots of encouragement which is nice.”

Redbridge team manager said: “I think that the changes widen out the ability to attract young girls from different ages to play and different backgrounds. Previously when we had county players, it narrowed it down to girls who were already playing cricket a lot. Now, girls who were on the fringes can really experience some competitive cricket so I’m all for it. For a couple of girls, this is their first time at the London Youth Games so they’re very excited to play cricket together. It’s just fantastic.”

Martha from Hackney said: “I built this event up to be big in my head, but it feels like a friendly small tournament. It’s been such a good experience. It’s been so good for my self-esteem, and I’ve liked being in a team.”

Sangy Theivendra, Head of Women & Girls at Harrow Cricket Club and ECB City Programme Executive said: “I welcome the London Youth Games making cricket so much more accessible. It’s given young girls a platform to try out the sport and give them the potential to be in a squad competing, without having a background in cricket.

From managing a team, I’ve seen for myself how playing cricket has helped one of our girls who had some challenging behaviour. By empowering her and getting her more involved in the game, she’s shifted her behaviour and it seems like cricket has helped her to turn her life around. I think it’s so important that everyone, including girls like her, can play and be a part of sport and so much more than just a bat and a ball.”