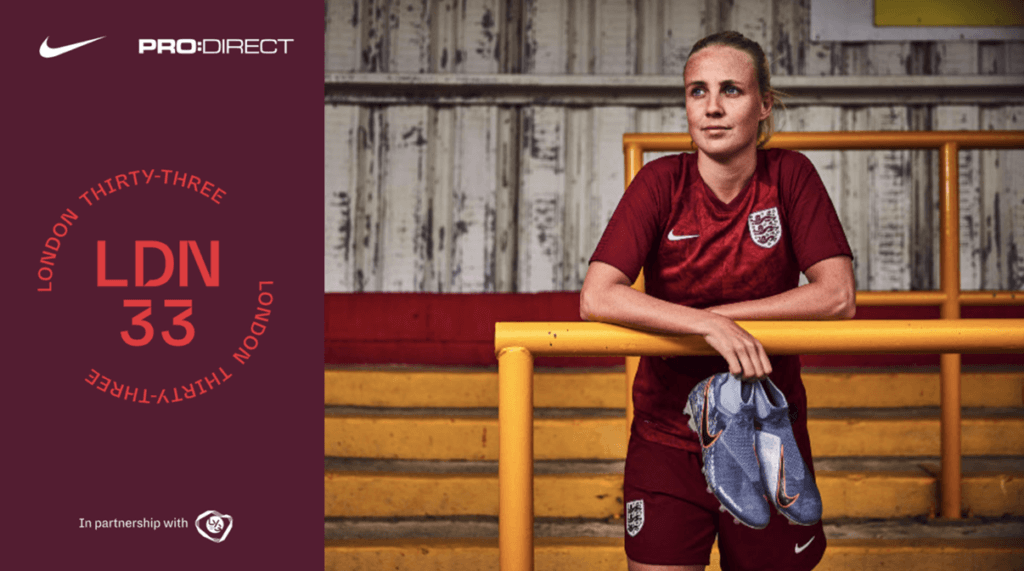 On Sunday June 9th 2019, Camden were crowned champions of London in a unique female football tournament - LDN 33 – delivered by Nike & Pro:Direct in partnership with the London Youth Games.

31 teams took centre stage at Pro:Direct Play in Shepherd’s Bush as they battled it out to be in with the chance of winning the trip of a lifetime to this year’s FIFA Women’s World Cup Final in Lyon. The tournament coincided with the Lionesses kicking off their World Cup campaign and saw over 200 girls from London take part.

During her opening remarks, Interim CEO Nicky Affleck noted the significance of the competition considering the 2019 Women’s World Cup offering an incredible platform to “highlight the amazing talent of female football across the world.”

Thanks to Pro:Direct, each team was kitted out in new uniform which included a custom borough logo jersey. The two teams competing in the title match were also treated to the chance to vie for victory in a pair of football boots from this year’s Nike Victory Pack.

Topping off the athlete experience were a roster of DJs, an appearance from The Braid Bar – a pop-up hair salon and fuel trucks serving up pizza, wraps and soft drinks.

After an incredibly nail-biting match against Haringey, Camden were crowned winners of LDN 33 and will be flying out to Lyon next month. We look forward to welcoming Haringey and the other seven runners-up from LDN 33 to Finale Weekend in July to showcase their skills.

The full list of teams that will be taking to Crystal Palace in July are as follows: Kingston Upon Thames, Newham, Islington, Merton, Brent, Hammersmith & Fulham, Enfield and Haringey.

Well done to all of the young Londoners who participated in this exciting new event– you did your borough proud!

Finale Weekend 2019 will take place at the home of the Games, Crystal Palace National Sports Centre. We warmly welcome competitors old and new and supporters to join us for what will an unforgettable weekend of sporting action.