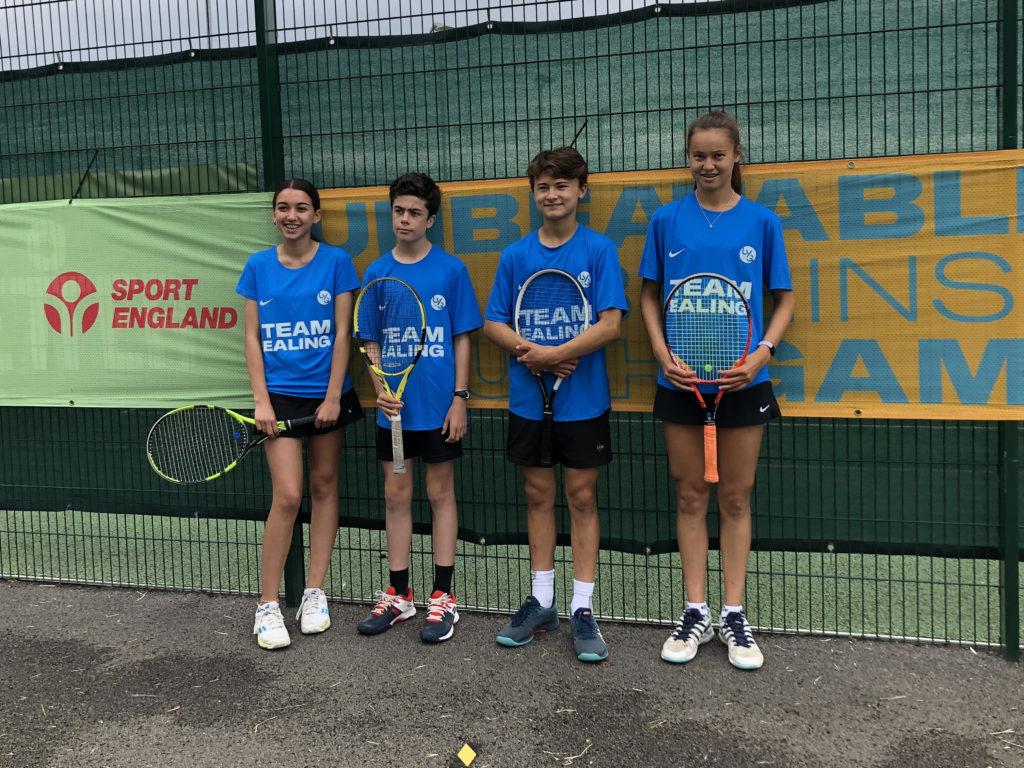 London Youth Games is back! The 2021 season is underway following a fantastic weekend of Tennis that saw Wandsworth crowned champions of the West regional event in Ealing on Saturday and Havering’s team take home the gold at the East regional event in Redbridge on Sunday.

For many participants, including Eva from Richmond, this was their first chance to play competitive tennis since the Covid-19 pandemic hit.

“This is my first tournament since before the first lockdown in March last year,” said Eva. “It definitely felt a bit weird at first. It takes a while to get back into it I feel. It’s just so nice to be playing other people again. It’s been difficult having a break from tennis. I’m just happy to be back playing again!”

Eva was part of the Richmond team that finished second to Wandsworth in the West with Islington in third place. Havering finished top at the East regional event followed by Redbridge in second and Bexley in third.

The other Boroughs competing at the West regional event were Ealing, Kensington & Chelsea, City of London, Southwark, Lambeth, Kingston and Hillingdon, while Newham, Hackney, Tower Hamlets, Enfield, Greenwich and Waltham Forest joined the three medallists competing in the East.

You can view the final Borough standings for both events here.

Jo Valks, Borough Team Organiser for Ealing, said: “It’s great to be back at a live event and to have sport happening again. It’s also really lovely to have something happening in Ealing. It’s great to showcase Gunnersbury Park Sports Hub because its newly developed. It’s one of the first big events we’ve had here so its really nice to share it with the other Boroughs.”

Alex Harvey, Team Manager for Wandsworth, said: “A day like today means a lot to the kids, and the coaches as well. There hasn’t been the opportunity for them to play a lot of tennis. What’s been great about today is that they’ve got to play a lot of matches against a lot of different styles of player. It’s good for the kids to get back into a sense of normality and back enjoying their tennis. Coming out of the pandemic, it’s a real step in the right direction.”

The London Youth Games 2021 season continues with Sailing on Saturday 26th June. You can view all upcoming events on our Event Calendar.