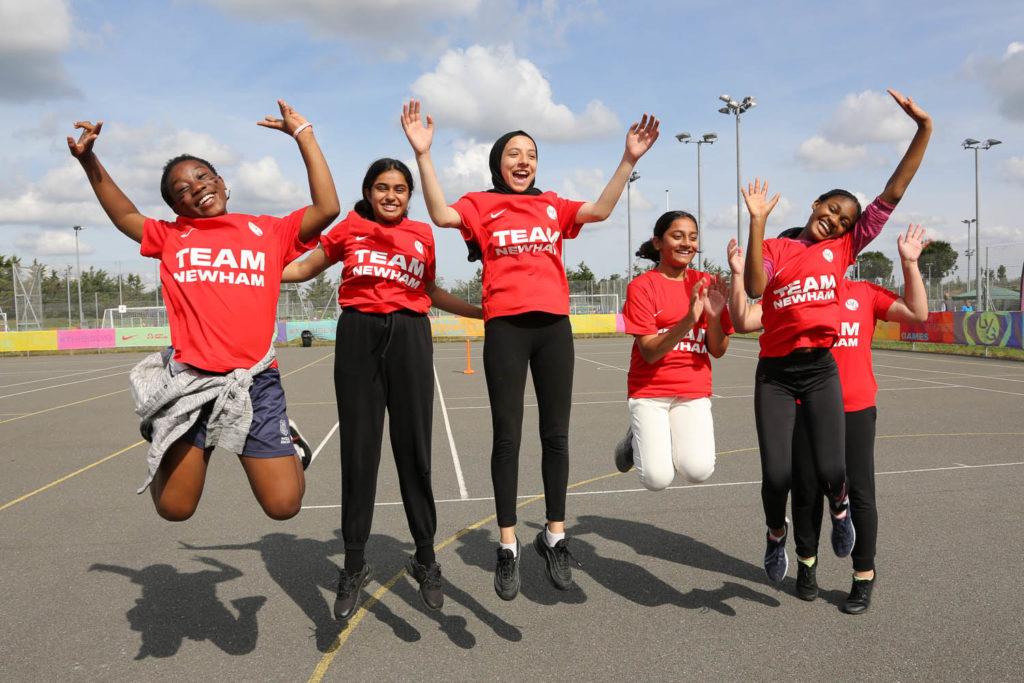 East London Boroughs Come Together For Action-Packed Celebration Of Sport

The sun was shining as young people from across East London came together for an action-packed celebration of sport at the London Youth Games 2021 East Regional Hub Weekend on Saturday 11th September and Sunday 12th September.

With multiple sports taking place across three different venues, boroughs from East London competed against each other in Street Cricket, Hockey and Netball at Redbridge Sports Centre, Football at Mabley Green Park, and Beach Volleyball at the Feel Good Centre in Leyton.

On Saturday, Newham saw off tough competition to claim gold in the boys Football tournament. Newham’s team finished top of their group to progress to the semi-finals where they beat reigning London Youth Games champions Havering 4-2 to set up a final showdown with Islington. Newham’s fire power proved too much as they celebrated a 3-0 win over Islington in the final.

However, it was Haringey who went on to claim a hattrick of medals on Saturday. In the girls football tournament, they took top spot in a closely contested tournament with Enfield winning silver and Islington taking home bronze. While at the Redbridge Sports Centre, Haringey claimed their second gold of the day for Netball with just goal difference separating them and silver medallists Enfield, while Havering claimed bronze.

“The team played amazing today,” said Sofia, 14, from Haringey. “We worked as a team and played well together.”

Silver medallist Ava, 12, from Enfield, was named Most Valuable Player (MVP) for the tournament. “That felt realty nice to win MVP because I worked very hard and the games were tough,” said Ava. “I love how everybody is respectful at London Youth Games. The teams all enjoy playing against each other and there’s no hard feelings if you win or lose.”

Haringey’s boys Hockey team completed a successful day for the borough. Unbeaten in the group stages, they defeated Waltham Forest in the semi-finals and Bexley in the finals to capture gold.

Toby, 14, attributed their success to great teamwork: “We all played well as a team,” he said. “We played wide and stretched the other teams. We stayed composed and that led to lots of goals. Everyone worked together as a team. We had great strikers, great defenders and great midfielders.”

It was super Sunday for Newham as they claimed gold in boys Beach Volleyball and won both the boys and girls street Cricket competitions.

Newham’s girls team, who were playing together for first time, overcame the odds to beat favourites Havering in the semi-finals before going on to clinch gold against Islington in the final.

Elaina, 13, who helped Newham’s Street Cricket team to victory, said: “The team performed really well today and it feels great to finish with a gold medal. It was really fun being here at the London Youth Games. I like how you get to compete against other teams in a nice environment.”

“That was a fantastic achievement from the girls,” said Lisa Brivati, Sports and Activity Officer for activeNewham. “They’ve come from a variety of different backgrounds, from different schools, projects, club, and today was the first time they’ve actually played together. The expectation was just for them to come here to compete and have fun. It’s great that they’ve had this positive experience and that will hopefully make them want to continue playing.”

Not to be outdone the boys Street Cricket team added another gold to Newham’s impressive medal haul. Newham’s boys team were able to overcome an unbeaten Islington team in the semi-finals before securing their gold medal success with a fantastic performance against Havering in the final.

Team captain, Husnian, 12, said: “The team did really well. In the first game we kind of struggled but then we got better and better and our confidence got higher and higher. It feels good to win a gold medal. It’s fun competing at London Youth Games and getting to represent your borough.”

It was host borough Redbridge who triumphed in a hugely exciting girls Hockey competition, winning both their semi-final against Bexley and final against Waltham Forest on penalties.

“Events like the London Youth Games are amazing,” said Cllr Kam Rai. “Especially after the last year and half.  For the borough it’s about highlighting what we have here in Redbridge and giving young people an opportunity to get people excited about sport.”

“It is so nice to see young people from different areas of London come together to play their hearts out at the London Youth Games,” said Deputy Mayor Cllr Jotsna Islam. “I’m so proud of every single kid competing today, and who knows, maybe we are seeing some future Olympians too.”

Visit www.londonyouthgames.org to find out more.