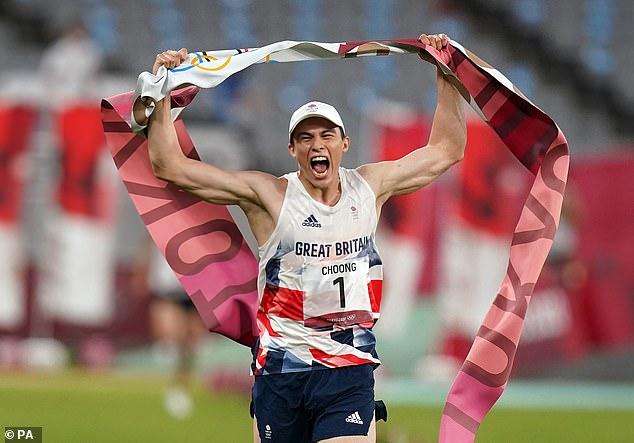 Alex Yee, who represented Lewisham in Aquathlon, Cycling and Cross Country at the London Youth Games between 2010 to 2014, starred for Team GB in Tokyo, winning two medals on his Olympic debut. The 23-year-old won Silver in the Men’s Triathlon and Gold in the Triathlon Mixed Relay.

Joseph Choong claimed Gold in the Men’s Modern Pentathlon. The 26-year-old fenced, swam, rode, shot and ran his way to glory becoming the first British man to win an individual medal in the sport since its introduction to the Olympics in 1912. Joseph previously represented both Bromley, his home borough, and Croydon, where he went to school, at the London Youth Games in Swimming and Triathlon.

Another LYG history maker was Kye Whyte who became the first British man to win a medal in BMX as the ‘Prince of Peckham’ pedalled his way to a Silver medal in his first Olympic Games. Kye previously represented Southwark at London Youth Games in 2014, 2015 and 2016.

Ethan Hayter, who competed for Wandsworth at the London Youth Games in 2014, claimed second place in the Men’s Madison Relay Race with team-mate Matt Walls to earn Team GB another valuable Silver and add to his impressive medal tally having previously won Gold at World and European Championships.

Other notable mentions go to Daryll Neita, who became just the second ever British woman to reach a 100m Olympic final, Laviai Nielsen and Ama Pipi, who reached the 4 x 400m Women’s Relay final, and Katie Snowden, who ran two of her fastest times of the year to reach semi-finals of 1500m.

Plus returning Olympians Tin-Tin Ho, Zoe Smith and Ashley McKenzie, and Rugby players Celia Quansah and Emma Uren, who narrowly missed out on a medal, losing to Fiji in the Bronze medal match.

Special recognition also goes to Alex Scott and Jeanette Kwakye. Two former LYG participants, who having retired from their respective sports have gone on to forge successful careers in the media. Alex and Jeanette both did fantastic jobs as part of the BBC broadcast team.

Find out more about the LYG alumni competing in Tokyo here.