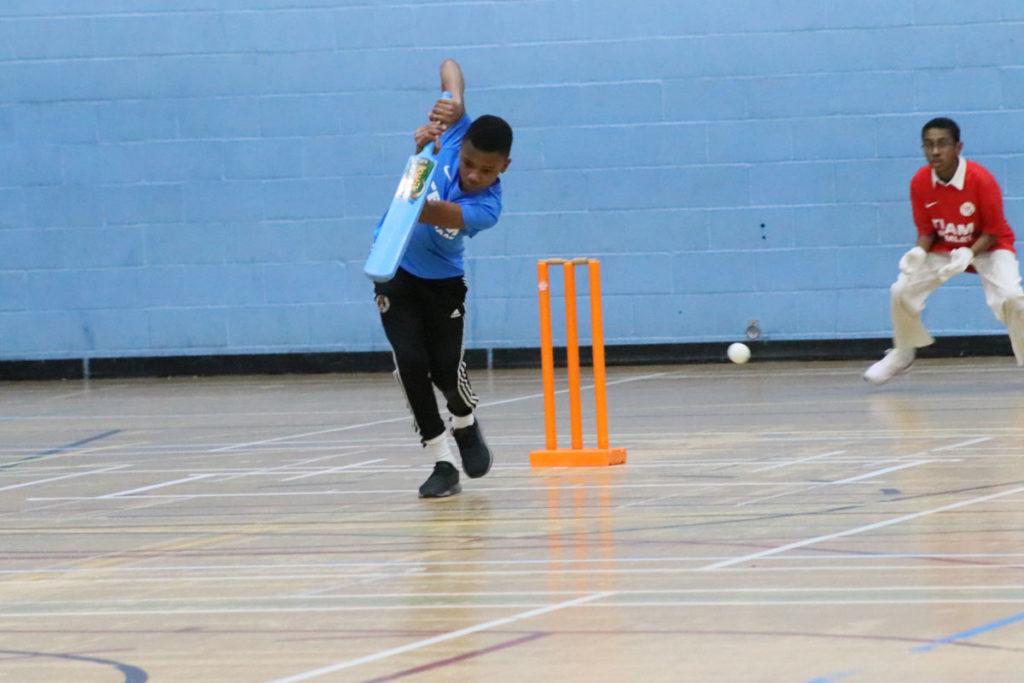 A new category has launched to give more beginner and intermediate players in London the chance to play cricket for their borough. The London Youth Games cricket events on 26th and 27th February at Harrow Leisure Centre were the first time that the category was in action.

Some young Londoners are currently missing out on the chance to take part in sports competitions due to their ability or background. The new tier aims to open up competitions to children and young people who wouldn’t usually get the chance to be involved.

Before this event, Afghan refugee Mudaseer had never played cricket in a team before, let alone at a competition. He joined the Westminster team, without knowing anyone, to play for his borough.

In the last couple of weeks, he has played with new people but today it’s going to be really new for him. It’s the first time at the London Youth Games and the first time he’s playing a match with others. He doesn’t know anyone but he’s really excited to play.”

The cricket event on 26th and 27th February gave over 200 boys under 13 the chance to play cricket against other boroughs in London. As part of the changes, county players were no longer able to be part of the London Youth Games teams.

Rodney Craig, Lambeth Team Manager said: “The tiering system helps boroughs to encourage more young people who might have the fear factor around competing to get involved. This new tier system is helping them dilute those fears so it’s a good system to have.

Once the tier system is embedded in, we’ll use London Youth Games as a good vehicle to get more girls and boys involved in cricket.”

Raj Nath, Participation Manager, Middlesex County Cricket, said: “Having this new category without county players will give the boys a fun, enjoyable tournament for all youngsters. It’s all about giving the young boys an enjoyable experience of playing cricket and giving more of the team a chance to play.”

Andy Dalby-Walsh, CEO, London Youth Games said: “We strongly believe that sport is a right for all so we’re making changes to impact to the lives of young people who need it most. The tiered competition framework will help reach broader audiences and give more young people the chance to benefit from sport for both their physical and mental health. This goes towards our vision to create the world’s largest and most inclusive city-focused Youth Games.”

Tahmid, a participant from Tower Hamlets said: “It was maybe 3 years ago when I didn’t even know what cricket was and then my friend got me involved. It’s changed my life from that moment on.

London Youth Games means a lot to me. I can’t put it into words, that’s how amazing it is. Playing against other people: it makes you feel important.”

Shakeel Ahmed, Tower Hamlets Team Manager said: “Cricket as a sport helps change lives. We know especially now that young people are stuck at home, sitting at home with iPads and games. Anything that we do to get them out of the house, to get them active and get them involved is definitely going to have a positive impact on their physical and mental health.”

The tier launches across various sports in 2022, from cricket to athletics to tennis. If shown to be successful, the new category will roll out to more sports in 2023.