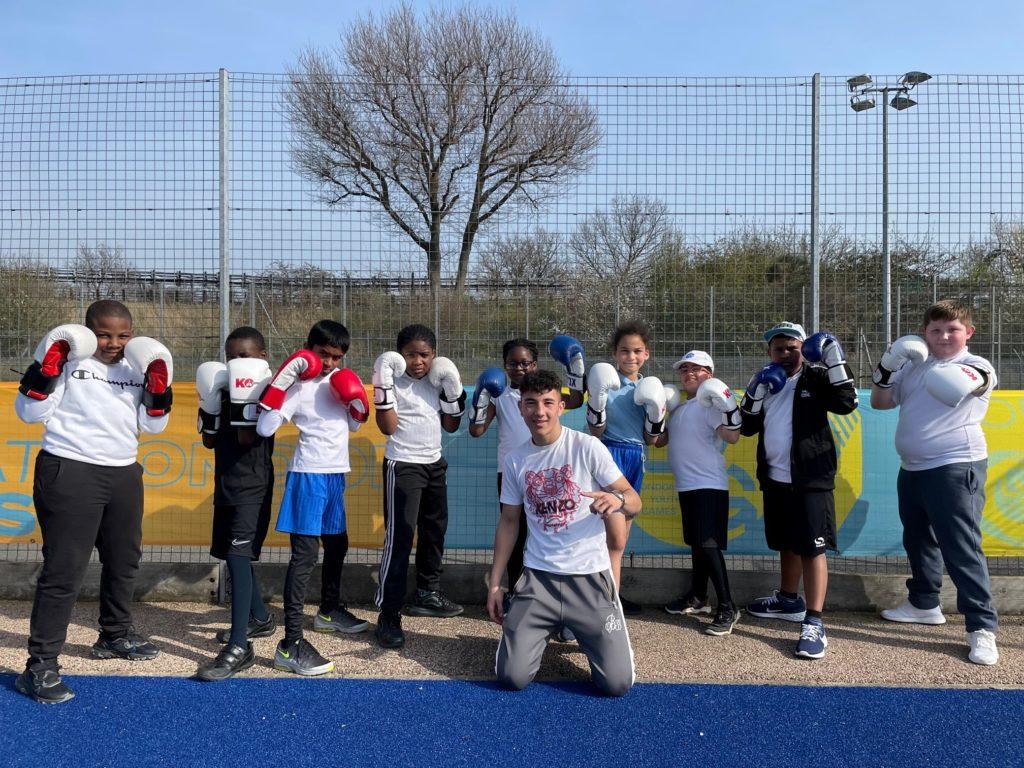 600 CHILDREN in London will get to try 7 sports from ultimate frisbee to golf at London Youth Games’ new Commonwealth Games legacy festivals.

With Birmingham 2022 just 4 months away, the festivals aim to inspire the next generation of children and young people to get active.

The 1st of 3 festivals happens on 22nd March at Redbridge Sports Centre, whilst 800 children also compete in netball, indoor athletics and football at the same venue.

The backdrop of events will give children involved the chance to be inspired by others competing, as well as feeling a part of the fantastic Commonwealth Games celebration.

London Youth Games chief executive Andy Dalby-Welsh is excited about what the festivals will achieve. “The whole aim of these Commonwealth Games festivals is to inspire the next generation of children to fall in love with sport. We’re thrilled to welcome young people from diverse backgrounds to take part in Commonwealth Games legacy festivals and give more young people the chance to try and enjoy a range of sports. We believe sport is a right for all so we’re delighted that Sport England has provided funding to turn inspiration into participation and to help reach more young people facing disadvantage.”

The festivals are being funded by Sport England’s £2m investment into the School Games legacy project as a key part of its Commonwealth Games legacy investment.

This comes as powerful research from Youth Sport Trust shows how large sporting events help motivate and inspire young people, with 71% of young people who watched 2020’s Olympic and Paralympic Games agreeing that it made them feel inspired to work hard at whatever they do.

Organisations delivering the sessions, from Dallaglio Rugby Works to Limehouse Boxing Academy, are encouraging young people who enjoy the taster sessions to continue at their local clubs. There’s funding in place from Golf Foundation to give more children the chance to play and Limehouse Boxing Academy have initiatives in place to encourage more young people to box for free at clubs across East London.

Donna Rose, Barking and Dagenham PE Coordinator said: “They’ve really been giving everything at the festival a go and have loved the boxing, especially as most of them have never tried it before. We had a girl who was shy and quite reluctant to join in. The coaches have been really good and allowed her to join in at her own pace and now she’s joining in and really enjoying it.

Seeing the children’s’ focus and enjoyment has been great, they’re asking lots of questions and they’re getting to try something different that they don’t usually get to do.”

Lola, a student from Barking and Dagenham said: “I had a lot of fun at the festival because there was a lot of things to do and it was a was a great opportunity to learn sports I hadn’t done before. My favourite was boxing because I’d never actually done boxing before. It was my first time and I liked learning how to jab and how to do different combinations.”

Dwayne, a student from Barking and Dagenham said: “Today was an amazing Commonwealth legacy sports festival, where we’ve done boxing, cricket, badminton. I really liked boxing because I like to challenge myself. I’m going to be more confident in PE lessons because from today, I’ve pushed myself more than I’ve ever before and now I feel like I’ll be faster and have more stamina.”

Miss Vegum, Tower Hamlets teacher said: “The children have had a great time. They don’t often come out of Tower Hamlets to play sport so it’s a nice opportunity for them to come out of the borough and they’ve enjoyed trying the different activities so much.”

Sumayyah Maayuf, Newham PE Teacher said: “We find there’s not as many opportunities for kids who are keen but not quite competitive enough to play sport outside of school. So we’ve tried to get kids involved today who usually get those chance to go out and take part in sports and they’ve really enjoyed it.”

Nadeem, a student from Newham said: “I had a great day at the festival because the activities we did were fun, especially boxing because we got to learn new skills. I liked getting to meet new people from different schools too.”

Damian, a student from Newham said: “I enjoyed today because we did a lot of exotic sports that we’ve never done at school. I found it really fun to do ultimate frisbee with friends and watch how they curve.”