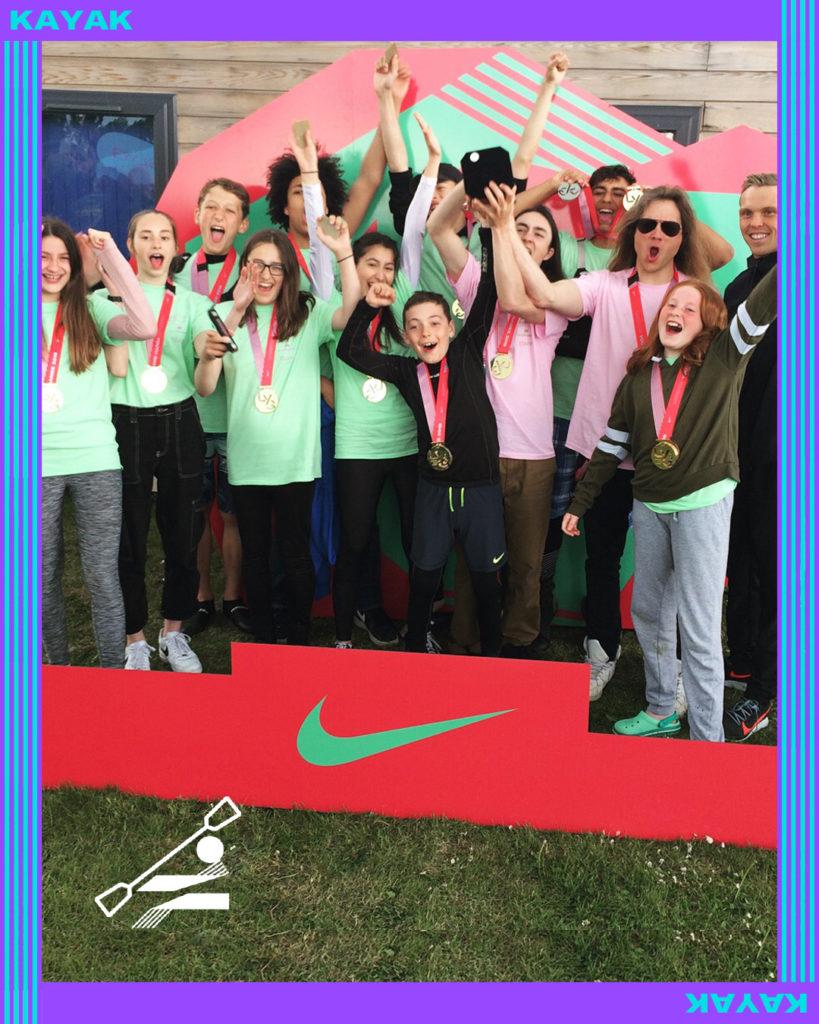 With 76 borough teams competing across Kayak Sprint and Kayak Slalom Finals, Trampolining Finals and Tennis Team Qualifiers last weekend, the 42nd season of the London Youth Games certainly kicked off with a bang.

Following the official announcement of the LYG x Nike partnership at the start of the month, the elevation of LYG experience was clear to see: with new LYG medals, a medal podium, MCs and vibrant new branding across the sites.

In the Trampolining Finals, Team Bexley were crowned overall champions (171.85), narrowly beating Croydon in second place (170.35) by just 1 point. Kingston closely followed in third with a score of 169.95. Victory in the Individual Female competition also went to Katie from Team Bexley, with Joseph from Team Bromley rising to the top in the Individual Male Competition.

There was a great show of Respect The Games across all events on opening weekend. Well done to all the Award Winners.

Well done to all young Londoners that participated during the first weekend of Summer Season 2019 – you did your borough proud!

To mark the new Nike partnership, Gold Medallists from across the 2019 LYG Summer season will be awarded an exclusive Gold Medallist LYG Nike Jacket at the LYG Finale weekend on July 6th and 7th.

The Finale Weekend will take place at the home of the Games, Crystal Palace National Sports Centre. We warmly welcome competitors old and new and supporters to join us for what will an unforgettable weekend of sporting action.

Please note: All results from this weekends’ competitions can be found on the results and standings page on the London Youth Games website.