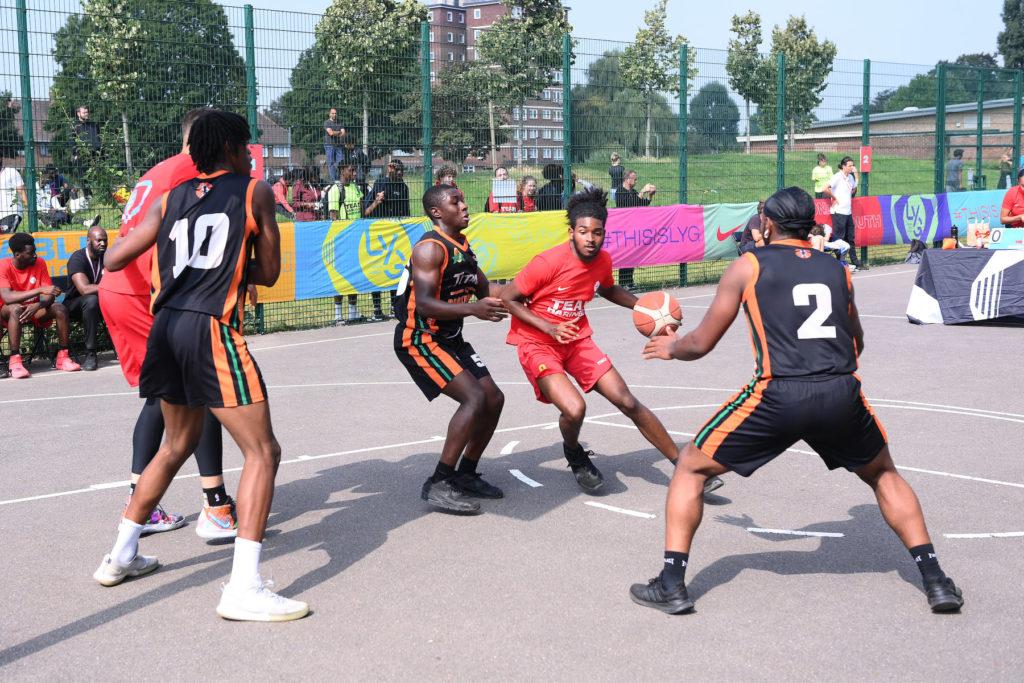 Richmond’s female team were undefeated in the West, finishing top of their group before beating Sutton in the semi-finals and Lambeth in the final to claim gold medals for the second time running at the London Youth Games.

“This is our second time winning gold at London Youth Games,” said Emily from Richmond. “We will be too old to compete next year, so this is our last year. It’s feels good to go out with a win.”

“London Youth Games is a great competition. I like that we get to represent our borough and that basketball is a growing sport in London, so you get to see new competition every year and the standard gets better,” adds teammate Anna-Isabel.

“The girls were brilliant today,” said their coach, Isaac Omirin. “It’s been difficult since the last London Youth Games in 2019 but the girls really love basketball, so they stayed true to it. They’ve been working hard during the Covid lockdowns, and they were ready to go.

“London Youth Games is so undervalued. People don’t understand how much value it has in getting girls to play basketball and keeping girls playing basketball. It’s so important for the future of girls basketball.”

Westminster’s male team won gold in the West Regional competition. They finished top of Group B to progress to the semi-final where they beat Islington to set up a final showdown with Richmond. Westminster beat Richmond 12-10 in the final to claim gold.

Beaten finalists Richmond had to settle for silver, while Lambeth won their third place play off to claim bronze.

Sinan Sensurucu from the Westminster team said: “It feels great to win a gold medal today. It’s thanks to lots of hours of hard work, good teamwork, and chemistry. It was honestly just a lot of fun to come out here today and play.”

Haringey dominated in the East winning both male and female competitions. Haringey’s male team beat Greenwich in the final to win gold, while the female team saw off tough competition from Lewisham in their final to finish in first place. Tower Hamlets took bronze in the male tournament and Newham finished third in the female tournament.

Chukwudi Diorammi, 16, who helped Haringey’s male team to victory, said: “We performed well today. We played with a lot of energy, and we loved it. This is my second time winning gold at London Youth Games. The format was different this year, but it was a lot of fun. It’s great playing at London Youth Games. There’s always good energy and it shows all the potential we have in London.”

Coach Franck Batimba said: “The team did well today. It was a slow start but, in the end, they came through. It was good to see them playing basketball again. Being at home for so long can affect your mental health in a big way and basketball is an escape for a lot of these kids so it’s great to have the London Youth Games back. The kids love competing here and they love representing their borough.”