London Youth Games Announces Key Appointments To Its Board 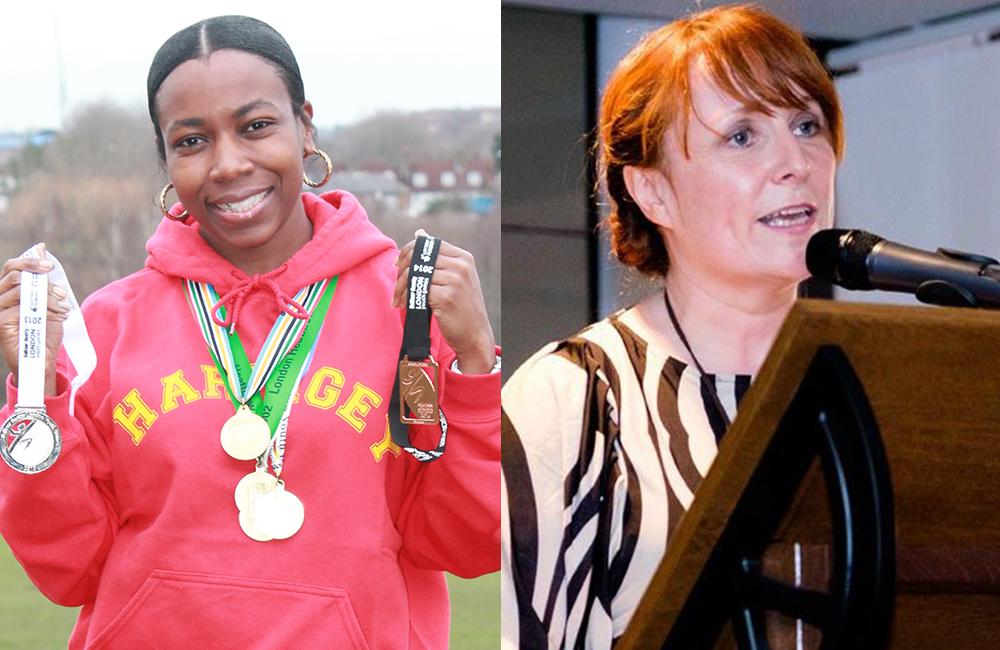 London Youth Games today unveiled new Chair, Mickela Hall-Ramsay, as the first of two new appointments to its Board.

Mickela is a multi-award winning entrepreneur and community social enterprise leader, who has impacted the lives of more than 45,000 young Londoners through her company, HR Sports Academy

At 34, Mickela becomes the youngest Chair since the Games began in 1977, and the first to come from a Black, Asian or ethnically diverse background.

She is one of two appointments to the Board with Roisin Wood, the former CEO of Kick It Out, also joining as an independent Trustee.

Mickela, who is also the first Chair to have actually participated in the Games, replaces Mark Campbell who has stepped down after six successful years. She competed for Haringey at London Youth Games in 2000, 2002, 2003 and 2004, winning Gold in the female basketball competition each year. She has also volunteered at the Games and managed Haringey’s female basketball team in 2013 and 2014.

Mickela is extremely passionate about sport and the positive impact it can have on young people’s lives, and in the recovery from the Covid-19 pandemic. From her own experience growing up in Haringey to her current work within the community, she has witnessed the impact it can have first hand.

“Growing up in London, sport played a massive role in my life. It kept me active, it kept me safe, it widened my social circle and it helped build my confidence.”

Mickela studied Sport Science at Brunel University and then completed a Masters in Sports Management at London Metropolitan where her research focused on how sport can positively develop young people. She later set up HR Sports Academy to benefit young people in her community, inspired by the sudden death of her sister who had Down Syndrome, the rising crime rates and serious youth violence in Haringey, and cuts to youth services.

The LYG Virtual Games attracted more than 40,000 entries from young Londoners during the first lockdown. Other adapted and expanded online offers include a Virtual Cross Country event, which has seen 3,894 young people participate, and weekly fitness challenges, with up to 10,000 young people participating as part of the charity’s School Games programme.

Mickela added: “With all the changes that are taking place now and young people being isolated and away from normality, London Youth Games has a challenging but also very exciting opportunity to bring young people back together, back to sport, and back into an environment where they’re able to use sport to help them mentally and physically to become themselves again.

“Having adapted and gone online during the pandemic, London Youth Games has been able to extend its reach and now can use this momentum to draw in as many young people as possible.”

The release of the charity’s new 2021-2025 strategy ‘Every Young Londoner’s Games’ sets out the vision to create the world’s largest and most inclusive city-focused Youth Games.

Roisin joins the Board as an independent Trustee. She brings vast expertise having spent nearly 10 years as CEO of leading anti-discriminatory charity Kick It Out, and having served in the Northern Ireland Judiciary Service as a Lay Magistrate specialising in youth and family law over the last 15 years.

Previously she held roles working with young women and outdoor education in an Education Board, and the Community Foundation for Northern Ireland supporting the re-integration of ex-political prisoners and their families as part of the Peace Process before moving to London. There she began working for the Metropolitan Police as the MVP Community Engagement Manager, then Redbridge Council in Inclusion Development, before becoming Head of Equalities for the Football Foundation.

She said: “I’m delighted to be joining London Youth Games. I was impressed by their recent strategy ‘Every Young Londoner’s Games’ and their commitment to creating a Youth Games that is inclusive and accessible for all. I have a massive commitment to inclusivity and I’m passionate about giving all young people the best possible opportunities. Sport gave me a confidence that I never had in any other part of my life.

“London Youth Games has the platform to help build young people’s confidence. It is not just about participation and excellence in sport, but also resilience and learning about communication and teamwork. I’m also interested in the ways London Youth Games can provide pathways into working in sport and being around the governance in sport.”